The Gantt Center is a proud partner with Duke Energy in presenting our Heritage & History series. This program series features nationally noted artists and scholars who are preserving Black culture through an array of disciplines and media. In hosting each culture keeper, the Gantt Center invites public participation in special events and experiences that illuminate important stories and engage audiences.

Attendees experienced an informative and entertaining presentation that left them with a unique perspective on the American presidency. The evening featured a talk and Q&A with James Beard Award-winning author Adrian Miller on the fascinating African-Americans who have served in the presidential kitchen, and was followed by a special reception featuring an inspired culinary experience—multiple food stations with small bites—by Soul Food Sessions Chef Greg Collier, proprietor of The Yolk and a book signing for both The President’s Kitchen Cabinet and Soul Food: The Surprising Story of an American Cuisine. 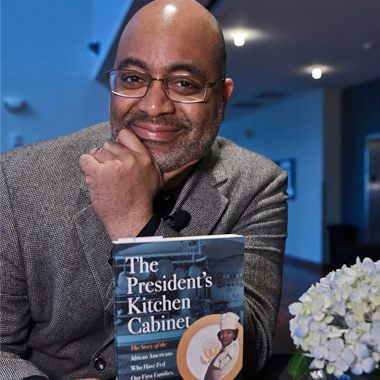 Known as The Soul Food Scholar, Adrian Miller is a food writer, attorney and certified barbecue judge. He is the James Beard Award-winning author of Soul Food: The Surprising Story of an American Cuisine, One Plate at a Time. His second book, The President’s Kitchen Cabinet: The Story of the African Americans Who Have Fed Our First Families, From the Washingtons to the Obamas was published on President's Day, 2017. It was a finalist for a 2018 NAACP Image Award for "Outstanding Literary Work—Non-Fiction" and the 2018 Colorado Book Award for History.

Miller is a graduate of Stanford University and Georgetown University Law School. He lives in Denver, CO and is executive director of the Colorado Council of Churches and, as such, is the first African American and the first layperson to hold that position. Miller previously served as a senior policy analyst for Colorado governor Bill Ritter Jr. and was a special assistant to President Bill Clinton. He is also a past board member of the Southern Foodways Alliance. 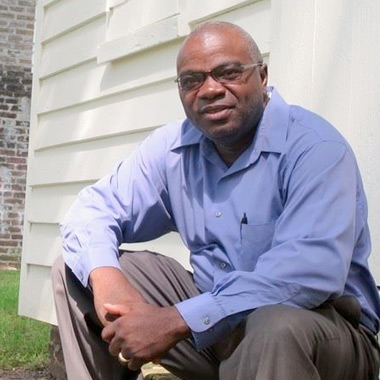 The President James K. Polk State Historic Site and the Harvey B. Gantt Center for African-American Arts + Culture came together to present an intimate experience that filled hearts, souls and stomachs. The evening featured Joseph McGill, Founder and Executive Director of the Slave Dwelling Project, as the keynote speaker.

For nearly three years, the Slave Dwelling Project has aimed to bring community stakeholders together to identify extant slave dwellings, and work towards their preservation. McGill challenged program participants to think differently about historic preservation and interpretation, particularly as it relates to slave dwellings and the history of U.S. slavery. McGill shared his experiences interpreting slavery at presidential sites and museums.

The Stories We Tell: An Overnight Experience

During this intimate evening, guests slept in a representative slave cabin at The President James K. Polk State Historic Site, birthplace of the 11th U.S. President. Participants had the opportunity to share in a meaningful discussion on the life experiences of enslaved peoples, contemporary social issues and the U.S. presidency before spending their evening in a crudely constructed historic log cabin.

Following the overnight experience, participants had the opportunity to reflect, write and record their story using a variety of media, including video recorders and journals. 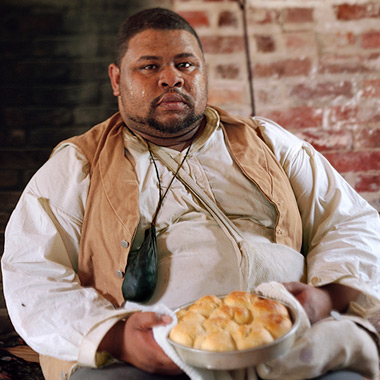 Twitty appears in the documentary "The African Americans: Many Rivers to Cross" with Dr. Henry Louis Gates, Jr. and has delivered presentations and cooking demonstrations for the Smithsonian Institution, Colonial Williamsburg Foundation, Thomas Jefferson's Monticello, Library of Congress, and Oxford University's Symposium on Food and Cookery.